Network of Sacred Heart Schools in the United States and Canada

The first Sacred Heart school in North America was founded more than 200 years ago by the Religious of the Society of the Sacred Heart (RSCJ). Today, each Sacred Heart school of the 25 member schools in the United States and Canada has a deep commitment to the transformative educational philosophy first articulated by St. Madeleine Sophie Barat (see text at right). It is now expressed in the five Goals and Criteria, shared by all Sacred Heart schools and which defines the scope and vision of Sacred Heart education.

As required by the Society of the Sacred Heart, each school renews its vision and practice as a Sacred Heart school in a five-year cycle akin to reaccreditation. In addition, each school is accredited by its own regional authority. In our case, the accrediting organization is the Independent Schools Association of the Central States or ISACS, and we are recognized as a Catholic school by the Archdiocese of Chicago. Learn more about Sacred Heart's accreditations and affiliations.

Sacred Heart-Sheridan Road is also part of an international network of Sacred Heart schools. This global network encompasses more than 150 schools in over 40 countries.

In 1876, just five years after the Great Chicago Fire, Mother Elizabeth Tucker and three other Religious of the Sacred Heart (RSCJ) arrived from St. Louis to open a school for young women.

They found a bustling town and moved into a small house on Dearborn Street, which their school quickly outgrew. The sisters joined the building boom, erecting a building at State Street and Chicago Avenue adjacent to Holy Name Cathedral. At this new facility, the Religious operated two schools: the Academy, which had an enrollment of approximately 100, and a parish school, known as the Cathedral School, whose enrollment soon swelled to more than 650.

In 1904, the sisters relocated the Academy to a large residence on North Clark Street and then in 1907, purchased twin houses on Pine Grove Avenue in the Lakeview neighborhood. With enrollment continuing to grow, the Religious decided in the spring of 1927 to construct a new school building at 6250 N. Sheridan Rd. for the Academy. To read more about the history of the 6250 campus, click here.

In 1993, Sacred Heart's leadership made the strategic decision to close the high school, with the final class of 12th grade girls graduating that year, making both the Academy and Hardey Prep elementary schools only. In 2019, Sacred Heart opened its first preschool (pre-kindergarten and junior kindergarten) at Saint Andrew Greek Orthodox Church, just a few blocks south of the SK-8 campus at 6250 N. Sheridan Rd.

From its founding to the opening on Sheridan Road, the Academy of the Sacred Heart was an all-girls elementary through high school. In September 1929, a few boys joined the student body. Soon, the boys’ parents began to desire a school just for them. In 1935, Reverend Mother Rosalie Hill established the elementary-only Hardey Preparatory School for Boys, named in honor of Mother Aloysia Hardey, one of the first and most influential American-born Religious of the Sacred Heart.

Today, boys and girls learn in separate classrooms from 1st grade on, but experience many aspects of campus and community life together. The student body of approximately 650 is equally divided by gender.

"For the sake of one child, I would have founded the Society." 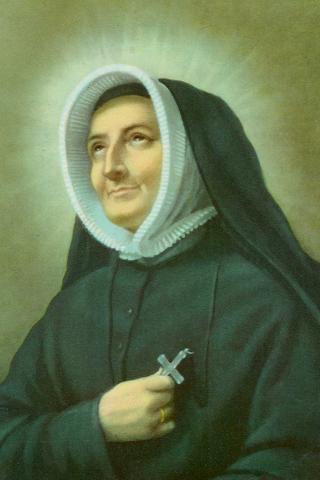 Madeleine Sophie Barat, foundress of the Society of the Sacred Heart, was born in Joigny, France on December 12, 1779. She was a frail, intensely thoughtful child. She grew up in the simple home of a barrel maker where she received a remarkable education under the guidance of her brother, Louis. At age 16, Sophie went to Paris with Louis to study, following a demanding program that included mathematics, Latin, theology, and biblical studies. In Paris she learned of plans for a new religious congregation whose end would be to glorify the Heart of Jesus. It was to be rooted in prayer and devoted to the ministry of education. On November 21, 1800, with three others, she consecrated her life “to make known the revelation of God’s love, whose source and symbol is the Heart of Christ.” The first school was in Amiens, France. On January 18, 1806, at the age of 26, Mother Barat was elected superior general of the order, an office she held until her death in May of 1865. She was beatified in May 1908 and was canonized a saint in 1925. Her feast is celebrated on May 25.